Does something smell Rotten? 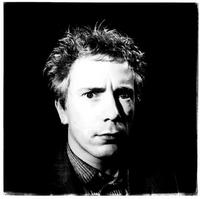 John Lydon is like a recurring rash or an old knee injury; just when you think you’ve seen the last of it, it flares up again. But to his credit, while he may appear to act without reason, self-promotion is at the foundation of all his public appearances.

So last week, when Lydon appeared twice in the news, once for dissing Bono ("Every time I see Bono in those big fly glasses and tight leather pants I just can't hack it. I can't see that as solving the world's problems. He's crushing his testicles in tight trousers for world peace."), and once for allegedly throwing coffee on Jimmy Pursey of Sham 69, it was no surprise to find out that he has an album coming out in October.

“The Best of British £1 Notes” will be released October 3rd on Virgin Records. Like most Sex Pistols albums, this is just a re-release of a bunch of things he’s already put out, spanning from the Sex Pistols, through PiL, to now. If you buy the limited edition 2-CD set, you’ll be treated to a bonus disc remixes that includes (and there is no way I could make this up) a dance mix of “God Save the Queen”.

While it is just a rehash of a lot of his old successes, it’s a nice collection. And as someone whose heard his travesty of a record “Psycho’s Path”, I can assure you that anytime the old stuff is just reissued, it’s a lot better than hearing him produce something new.
Posted by alpharat at 1:40 PM