And now for something unbelievable... 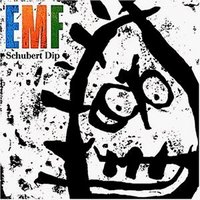 I was at a karaoke bar with some friends last week, and while people were suggesting songs for each other to sing, Unbelievable by EMF was suggested.

I was in high school when that song came out; I got the cassette for my birthday (incidentally, the rest of the album blew, and EMF readily earned the title of One-Hit Wonder). It had heavy rotation both on the MSU’s radio station and at the club we went to every weekend. It was a decent song that quickly faded to being a minor sports anthem.

This particular night at the karaoke bar, when it was suggested, one of the girls at the table greeted the suggestion with a blank look. When I told her the age of the song, she replied, “Oh, I was five when that came out. No wonder I don’t know it.”

As if that wasn’t enough to make me feel old, I heard the song on a commercial this morning. But it gets worse.

One thing that’s good at making one feel old is when a song you’ve known, loved, and grown with is in a commercial for something that you feel is targeted toward an older demographic. When Psychic TV was featured on a Volkswagen commercial, I didn’t flinch; they were trying to sell me a Volkswagen by using my music, and that put me in a young hip demographic.

When Iggy Pop’s Lust for Life appeared in Carnival Cruise line commercials with the “liquor and Drugs” cleaned out, it hurt a bit, as did the appearance of the Clash's London Calling in a Jaguar commercial. Still, these songs were out for a while before I discovered them.

Now, the cheese product in question may indeed be Crumbelievable; I’ve not tried it. I do know that this commercial makes me feel a bit on the ancient side, though.

Link to Kraft’s site, where they are lauding the merits of this Crumbelievable cheese.
Posted by alpharat at 12:26 PM

You know the one that blows the trap right off of my mind? Lemme tell ya, SOMEONE HAS PIMPED THE RAMONES WORK TO COMMERCIALS. Oh yah, that one blows...in more ways than one. I think it's a phone commercial.

Three of the Ramones are dead, the drummer survives, if I'm not mistaken. The other three, moshing and slashing in their graves, by GAaaaaaaaaaa.

Sorry to use your comments section as a personal rant, but you inspired me.....

I actually had that tape, too.

I think I was about 9 years old when it came out? I don't remember exactly.

What I DO remember is that my mom read the lyrics in the liner, and at the end if Unbelievable, it says:

"What the fuck was that?"

Now, it only says the f-word ONCE in the liner, but in the actual songs, there is a guy in the background chanting:

Oh Segue, you make me feel old... you were 9? At least you remember the song, though. Anyway, the guy chanting was a Black Panther they'd sampled. I remember that, and the funny thing is that it's considered hard enough to distinguish that it was never censored for the radio.

I'm used to being the youngest in a room, but that was certainly odd. Thinking of someone who doesn't remember a time before the Schubert Dip LP didn't litter the used record, tape, and CD bins (stacked 5 across usually) is, dare I say it, somewhat unbelieveable.

Fineartist, I believe it was Johnny who kept that stuff on a short leash, because the songs survived both Joey and Dee Dee (the main writer) dying, but once Johnny was gone, it seemed like the race was on to use Blitzkrieg Bop in as many places as possible. Like Tom Waits says, "The memory that you have and the association you have with that song can be co-opted," so someone can sell... diet soda? It's sad.

You can't fool us, Alpharat. We've already seen the pictures of you (and the delightful and youthful Nicole). You're obviously using this EMF situtation to try to "pass" for old. I'm sure you have your reasons, but I just wanted to go on the record saying don't do it on my account. I can understand why everyone would like to be my age some day, but I completely accept you for the hot and whip-smart youngster that you are.

Having said that, do you ever have those days where you're in an important meeting, perhaps, and you're supposed to be accomplishing grown-up things, and you could swear you're still fourteen, so all you can do is wonder how nobody else has figured it out?

Somebody asks me to do something work related & there is this voice in the back of my head, always there but not always loud, saying, "Why the fuck are you asking me to do that? I'm just a kid!"

Then I realize I'm an adult & I'm supposed to be mature & responsible. That's when the child inside curls up into the fetal position & crys.

The real problem...if I'm an adult, why's it so hard to remember to be adult?