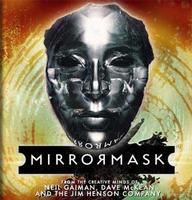 After some cold Newcastle Brown Ales and a Big Chief burger at Duggan’s, we made our way to the Main Art to see Mirrormask last night.

A film collaboration between Neil Gaiman and Dave McKean with special effects from The Jim Henson Company, it’s obviously an award-winning combination of some of today’s most talented visual visionaries, right?

Well, yes and no.

Mirrormask is the story of Helena (Stephanie Leonidas), a young girl who performs in a circus run by her parents. Helena desperately wishes to leave the circus and be a part of the “real” world. Shortly after she has a fight with her mother, her mother falls seriously ill and is in the hospital. Helena has a strange dream, which finds her in a mysterious land filled with wondrous creatures. The land has, until now, been kept in balance by the rule of two opposing queens, but the White Queen has fallen ill and it’s up to Helena to find the Mirrormask, the only thing that can save the White Queen and restore balance to the world. 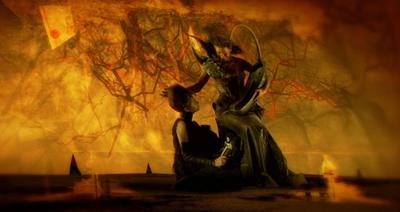 The movie is visually stunning; it literally looks like a dream. Many of the surreal characters are a bit fuzzy around the edges, and you catch yourself squinting, trying to force them in to sharper detail. The surroundings are constantly changing and morphing, and the laws of physics don’t always apply to every situation. 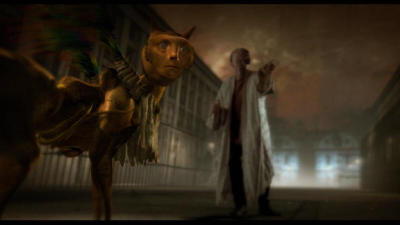 That being said, the story is very thin. Helena moves from situation to situation without the audience getting any idea that the plot is moving toward any sort of resolution. You have no idea which elements are important, or which characters will continue to be major players. In this way, it’s very much like a dream as well. 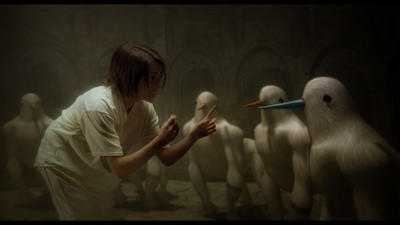 At almost two hours, a lot of the movie seems to happen without anything really happening, and you find yourself caring more about what’s going in the real world, which plays a minor part in the film.

As a whole, the movie is eye candy, but it really wasn’t able to hold our attention the entire time. Some of the visual effects are so amazing that you’re sucked in to watching them while your mind is zoning out at the same time. At the end of such scenes, you’ll be hard-pressed to actually repeat what just happened.

As one friend at the film described it, “It’s your typical story of a girl going on a quest through a dream world while wearing bunny slippers.”

As my wife put it, “This is why I didn’t like Neverending Story. It goes on and on, but nothing really seems to happen.”

Both statements are accurate.
Posted by alpharat at 8:56 AM

I think ultimately, it's a kids' movie. It was decent as that. It doesn't have to have a deep story.

The story itself was nothing more than an appeal to kids to value their imaginations and creativity, and I see nothing wrong with that.

That said, my first experience with a McKean painting come to life might have been more interesting with a better story. But the potential is there, now that they've brought their stuff onscreen maybe they'll do it again.