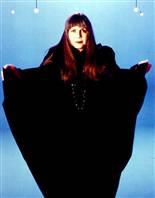 In a recent Newsweek interview, Anne Rice announced that she’s devoted herself to God. She hasn’t so much been “Born Again” as she has returned to the Catholic Church. Her latest novels will reflect this.

In two weeks, Rice will release Christ the Lord: Out of Egypt. The novel will be the first in a series; this book will be about Jesus at seven years old and will be narrated by him. Critics, and even Rice herself, are acknowledging that it’s a bold move that may alienate her following. But I have to question - is it really?

Anne Rice’s novels have always delved deeply into Catholic mythology; Memnoch the Devil, arguably her best book thus far, dealt almost exclusively with it, and it was hardly the exception. Just as her books have dealt with vampires and witches, they also explored their places in a Roman Catholic world, and how the characters felt about their places and dealt with their beliefs.

If you have been a regular reader of Rice, you’ve probably noticed that her plotlines have begun to fizzle out anyway. Seriously, there was not much more exploration she could do with her vampires, and many of the storylines had gotten tired.

As far as the issue of “alienating her following”, this issue is a really big pet peeve of mine. If your work as a writer alienates your following, they’re not your following. This is an issue that Poppy Z. Brite has dealt with in recent years, as she transitioned from horror to realistic fiction surrounding the restaurant industry in New Orleans. Her writing style hasn’t changed; it has developed and gotten stronger, but hasn’t changed. I still enjoy reading everything she writes.

I’m looking forward to Rice’s new novels; I am sure they will be creative and offer new perspectives that haven’t been explored. I’m also sure that her depiction of the devil will be, once again, very interesting and charismatic.

And one more comment on the “alienation of the following”; as with Poppy Z. Brite, I’m sure that the only portion of Anne Rice’s readers that will be disappointed will be her contingency of teenage goth kids and, really, can you blame her for switching genres to get rid of that bunch?

Link to Newsweek Article
Posted by alpharat at 8:46 AM

There were always religious overtones in her books. Then again, there are often gay and incestuous overtones as well.

I'm no Anne Rice--in popularity, I mean, but my readers (friends, professors) also want me to stick with writing nice happy funny stuff. If I take on a serious topic, they say, "This doesn't really sound like you." Argh.
I agree with you. Great authors don't write to sell more books. They need to purge their creativity in whatever form invades them.
Mark Twain had this problem, too. I think that's why he had The War Prayer published after his death. He knew his fans would keep looking for the punchline, then scratch their heads at the end and say, "I think he's losing his touch." But I respect him more for that little anti-war piece than any of his other works.

Just so long as Rice isn't jumping on the The Da Vinci Code trend (you knew someone would voice that concern), and this is a genre she really wants to do, more power to her.

We would do well to heed the example of Bob Dylan (who seems to have left the evidence of his conversion back in the 1980s) and not put Anne Rice on a pedestal. A new believer who views Jesus through the lens of a supernatural thriller makes a poor spokesperson for historic Christianity. More discussion at Bloggin Outloud. Thanks, Lyn

I withheld my opinions until I read the two reviews at Amazon.

I was afraid you were saying she went born-again Christian-crazy, but I don't think that's the case.

It sounds like she's written a well-researched and creative period novel... Much like all of her other books. One of the reviewers compared it to The Last Temptation of Christ, which makes it pretty clear this isn't a propaganda piece.