I was just reading a little bit about the concept of a Victory Garden. I had heard the term before, but never really thought about it or its meaning.

These gardens also were a way to bolster public patriotism, allowing the average family to feel they were doing their part to help support the war effort.

After the war was over, the average family was apparently allowed to get selfish again, and stress public food reserves. I think that's how it worked, the books weren't specific.

Today, maybe it's time for Victory Gardens again. But this time, they won't be an attempt to support the war effort. Instead, they'd be a response to the high cost of fuel and food. Really, who's to say that didn't have part to do with the original victory gardens? I'm sure that, since the wars were stressing food supplies, prices were rising fast then, too. Planting a Victory Garden allowed a family to not only be patriotic, but to also be able to afford to feed their family.

I've grown up in a generation where, for most everyone I know, gardening, if done at all, is done as a hobby. "Oh great tomatoes! You grew these yourself? Effing suhweet!" Gardening was never really a means to get by.

I've tried a garden with minimal results. The birds ate all my strawberries, and all I ever got was zucchini - but I did get a lot of it.

I do have a membership in a CSA farm, so in a sense that's paying a membership fee for a local farmer to grow my Victory Garden for me, but isn't that partly only going through the motions, a slightly capitalist way of pretending to be a socialist (not that I prescribe heavily to either doctrine)?

How self-sufficient can one get in the city? Not heavily, I'd imagine, without breaking zoning laws. You can't raise chickens in the city, although it would be ideal. Nor can you raise cattle. 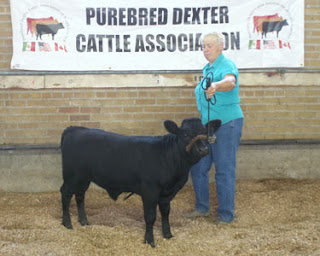 Interestingly, should that be allowed, there's the Dexter. The Dexter is a breed of cattle that's only the size of a large dog and produces 16 pints of milk a day. You could keep one in your yard as a pet, getting milk from her for years, then when the time comes, steak her up.

But zoning wouldn't let you anyway.

Personally, I don't know why I'm even postulating the idea of farming in my yard. I wouldn't. I don't even like to mow, and honestly, if it were up to me, I wouldn't mind getting rid of my house for a few years, and vagabonding for a while.

If I could afford to, I'd like to spend a year or two driving around the country, stopping and staying the places that look interesting, with no real destination in mind at all, and just writing about it. Then, when the time was right, I'd stop somewhere and stay. That would be it.

I got a little taste of that last weekend. We were driving back from an undisclosed location, and got sidetracked. Repeatedly. That's the way I like things, and I think I could get used to doing it for a while.

Anybody want to foot the bill for me to vagabond for a year?
Posted by alpharat at 12:21 PM

Email ThisBlogThis!Share to TwitterShare to FacebookShare to Pinterest
Labels: vagabondage

Only if I can go too.

What would it cost?

(Not that cost is the only consideration.)

Seriously. Let's say you could rent out your house for a year at a rate that would cover your mortgage & taxes, with maybe a little bit of profit, and you could sell or turn in your vehicles without taking a hit, and let's say you have no financial responsibilities other than the house & vehicles. You're on the move, couch-surfing at your convenience, or pitching a tent on public land whenever a spot looked good to you.

What would that lifestyle really cost?

Someone should figure this out.


I'm still working on my concept for a front yard, aesthetically advantageous veggie garden for my little wooded plot within city limits. It wouldn't be a "victory garden," the likes of which my mother used to go on and on about.

It would be a Defiance Garden, providing e. coli-free spinach and tomatoes, and myriad salad greens the prices of which currently have me screaming.

I think you could enjoy growing a veggie garden, if only you planted it in a spirit meaningful to you. You could make it about something other than raising food. You could grow corn, for example, and make it your personal "F*ck you" to a government that uses our tax dollars to subsidizes farmers not to grow corn, which we're now paying $4 for a dozen ears rather than the $1 we were paying for a dozen ears twenty years ago.

And consider this: you could easily acquire two rabbits at no cost and enclosures for them dirt cheap. Rabbit is good animal protein, easier on the heart than either beef or chicken, and it reproduces faster than you can skin it and throw it on a spit. Rabbit poop makes for fabulous fertilizer. Their pelts would create warm and comfy outerwear. Their feet would make you the luckiest man in the world. Super-deluxe bonus prize: You would never be at a loss for total cuteness and cuddliness.

Rabbits are not as attractive as the Dexter cow, but they aren't a zoning violation.

On the other hand, if we're Defiance Gardening, screw the zoning, and let the chips fall where they may.

But back to the earlier thing, I'd be really curious to know what it would cost a person to vagabond for a year. You may be onto something.

My Mom has talked in the past about the Victory Gardens planted during her childhood. She told me how Grandpa learned to plant the corn on the outside rows on the south and west - it shaded the tomatoes so they wouldn't burn up in the hot summer sun. As I recall from reading some of the old cookbooks from that era (I collect old cookbooks - weird, but true) the primary reason for planting the gardens was that during this time there were "ration stamps", and if you had a Victory Garden, you could use those precious stamps for things like sugar, and flour.

I know more and more people who are just chucking it all, and going out into the world for a year (or three or four). The logistics can be tricky (do you store your stuff, or sell it to finance the trip? What about your bills? Your pets?) but every one of them has been glad they did it. Just take your laptop along, and keep on blogging!

I have no yard. Maybe I could start a garden on the roof of the building ...