Beer’s Power Can Only Be Used for Good 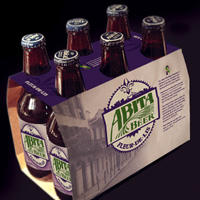 After Katrina, I will admit that I went to the local grocer and bought five bags of Zapp’s Cajun Dill Gator-Taters. Without making light of the tragedy, I was concerned about not being able to buy one of my favorite snacks for a while (confession – I once even bought a case of Zapp’s directly from the company, so deep does my passion run). I also mourned the possibility of being temporarily unable to obtain Turbodog from Abita Breweries or Pat O’Brien’s Hurricanes.

Granted, these are petty concerns in the whole scheme of things, but they were thoughts that crossed my mind.

Well, the good news is that both Zapp’s and Abita Breweries survived the hurricane. Pat O’Brien’s, sadly, did not (although their online store is open). Abita is even launching a new brew to aid in the rebuilding of NOLA. Fleur-de-lis Restoration Ale is a golden ale that will hit store shelves on October 3. For every six-pack sold, Abita will donate $1 to the Louisiana Disaster Recovery Foundation. They also have a line of Restoration Ale merchandise, with 100% of the proceeds going to the Foundation.

So, when you get a chance next month, try a sixer of Fleur-de-lis. If you’re going to be having a beer anyway, won’t it feel good to be able to say you’re drinking for a good cause? I'd say that even gives you reason to drink more.
Posted by alpharat at 11:14 AM